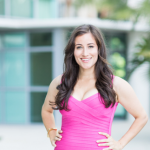 FARA PASARELL (Director / Writer / Producer)
Fara hails from Indian Wells, CA.  After graduating from Princeton University, she moved to Los Angeles to pursue a career in the entertainment industry.  Her directorial debut film CALL WAITING premiered at the Palm Springs Int’l ShortFest. She then went on to hone her craft of Directing at UCLA Extension, where she graduated with a Directing Certificate in September of 2012. Her thesis film, THE VISIT (2012), is a drama filmed on location in Marina Del Rey, CA.  Fara is happy to say that she has a wonderful relationship with her mother.  This film is not a true story… 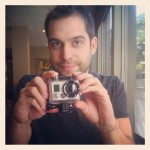 JOSH GIBSON (Director of Photography)
In his hometown of Peoria, Illinois, Josh studied theatre and television production at Illinois Central College. In 2006 Josh graduated with a BA in Cinematography from Columbia College Chicago. Josh was recently the DP for, SAHAYA INTERNATIONAL, a short documentary narrated by Jeremy Irons. Working mainly as a documentary cameraman, Josh has a variety of local, national and international projects that keep him traveling.  For the past five years, he has been actively visiting Peru and filming a feature length documentary about the changes a non profit organization is making in the small, poor community of Yantalo.  This project inspired Josh and a group of friends to build a house in this jungle community, available to international volunteers.  He is also the co-founder of TO THE MOON PRODUCTIONS, a production company specializing in travel videos. 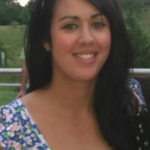 ALISON KATHLEEN KELLY (Producer)
Alison was born and raised in Kent, England. In 2010 she was a Quarter-finalist in the Bluecat Screenwriting Competition for her feature screenplay BODY. Alison moved to Los Angeles in 2011. She graduated in 2012 with her Certificate in Directing from UCLA Extension. She is now focusing on writing and producing feature films. 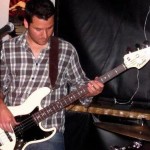 CHARLES PASARELL  ( MUSIC COMPOSER )
A musician, composer and photographer from Indian Wells, CA, Charles has been in the Los Angeles music scene for several years. He has performed and recorded with several bands and toured extensively in California, The Pacific Northwest, Colorado, and throughout Europe. In 2011 he graduated from MUSICIAN’S INSTITUTE in Hollywood, CA with an Associate’s degree in Music and Bass Performance. Currently, Charles performs regularly with his band DEVASTATING KARATE and records bands and songwriters at his home studio in Marina Del Rey. Charles has ten fingers and ten toes, and recently learned that this is fairly normal and not noteworthy. 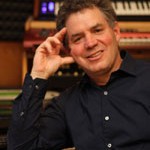 BRUCE CHIANESE (MUSIC COMPOSER)
Recognized as an expert in the industry, Bruce has received numerous accolades and awards, including the prestigious CINE GOLDEN EAGLE for his score for the motion picture, MY NEIGHBORHOOD as well as an EMMY NOMINATION for Disney’s SPACESHIP EARTH and an OSCAR NOMINATION for his contributions to the short, THE JANITOR. His music for QWERTY was voted the BEST ORIGINAL MOVIE SCORE FOR 2012 at the Nashville International Film Festival.  Also in 2012, his film score for YOU CAN’T KILL STEPHEN KING debuted at the CANNES FILM FESTIVAL and won the PEOPLE’S CHOICE AWARD at the AUBURN FILM FESTIVAL. His score for POWER OF CHOICE won a TELLY AWARD.  A truly unique talent, Bruce is that rare combination of technical expertise and creative artistry.