Warning: "continue" targeting switch is equivalent to "break". Did you mean to use "continue 2"? in /home/y1ewi4aw7muq/domains/thevisitfilm.com/html/wp-content/plugins/jetpack/jetpack.php on line 705

Warning: Declaration of Struts_Option_Select::customizer_control_options($setting_name, $priority) should be compatible with Struts_Option::customizer_control_options($setting_name, $priority = 1000) in /home/y1ewi4aw7muq/domains/thevisitfilm.com/html/wp-content/themes/portfolio/includes/struts/classes/struts/option/select.php on line 0
 Cast | THE VISIT

ODESSA RAE ( Diana )
Odessa Rae began her career in Japan, where she modeled and learned to speak fluent Japanese.  A few roles in commercials with Brad Pitt landed her her own hit TV show in Japan called BRAVO.  From there she produced and starred in her first film, JENIFA, with a Japanese director, Hollywood crew and an all-star cast.  She has appeared in countless hit TV shows and films including RULES OF ENGAGEMENT, SMALLVILLE, LEVERAGE, ER, CHUCK and RIZZOLI AND ISLES.  She will soon be seen in the Farrelly Brother’s comedy, MOVIE 43, that is set to be released in January of 2013. 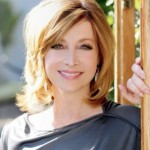 SHARON LAWRENCE ( Ginny )
Sharon was raised in Charlotte, North Carolina.  You may know her from her EMMY nominated and SAG Award winning portrayal of Sylvia Costas-Sipowitz in the ground breaking NYPD Blue or as a stay-at-home prostitute in DESPERATE HOUSEWIVES, a murderous realtor on MONK or a sociopathic serial killer on LAW AND ORDER:SVU.  Sharon has been featured in GREY’S ANATOMY for ABC, THE GHOST WHISPERER on CBS, DIRT for FX, PRIVILEGED for CW and CAPTURE OF THE GREEN RIVER KILLER for Lifetime Movie Network.  She Guest Starred opposite Larry David in CURB YOUR ENTHUSIASM, has a recurring role on DROP DEAD DIVA for Lifetime and had a multiple episode story arc on ONE TREE HILL for CW.  She currently holds a position on the Women In Film Foundation advisory board. http://sharon-lawrence.com 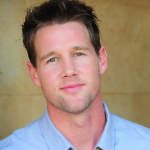 DYLAN OSEAN ( Jason )
Dylan was raised in Dallas TX.  He was a star basketball player at Tulane University.  He has worked on various TV shows such as CSI: MIAMI, GLEE and JAG, and the feature film GLORY ROAD with Josh Lucas and Jon Voight.  He loves acting and is seeking representation.  He is currently writing a screenplay… and he loves working with Fara. 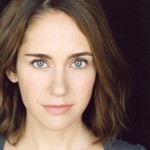